人类帐篷里的骆驼 The Camel in Our Tent

Here is a camel story—One day an Arab and his camel were crossing the desert. Night came and the temperature became colder. The Arab put up his tent and tied the camel to it. The Arab went to sleep. The temperature became slightly colder and the camel asked the Arab if he could just put his nose in the tent to warm up. The Arab agreed that the camel could just put his nose in, because the tent was small and there was no room for two. So the camel’s nose became warm and after a while the temperature went down even more. The camel asked the Arab again, if he could just put his fore legs in because they were very cold. The Arab reluctantly agreed that the camel could only put his fore legs in and no more. So the camel moved in his fore legs and they became warm. After some time the camel told the Arab that he had to put in his 1)hind legs or else he won’t be able to make the journey the next morning with frozen legs. So the Arab agreed and once the camel moved his hind legs in, there was no more room in the tent for the Arab and the Arab was kicked out.
It would probably have little 2)resonance if the camel is compared to modern technologies, especially in an age of “admiration for technologies.” Ever since the Industrial Revolution, technology has been changing at a fast pace and more importantly, it has gradually been placed in top priority of people’s admiration. In the name of “civilization” and “a better life”, people always want the new improvements brought by technology. Therefore, there is always something new arising so humans can cope with their physical environment. No one can deny that technologies have helped human beings to adapt to an easier way of life. Nevertheless, in the long term, they might not be as beneficial as people realize. Advanced technologies are potential threats to devastate the living environment. All thanks to the vehicles on the streets, a realization 3)dawned on us—clouds of smoke from the vehicles enveloped not only the entire road but also choked our 4)respiratory tract and just for an 5)iota of a minute transported us to a world which was all black and 6)dreary. The scores of vehicles at innumerable crossroads in countless countries spit black 7)fumes and cause pollution of the highest order. The rate at which pollution is increasing, it won’t come as a surprise to one day find island nations expressing their concern like 8)Maldives 9)scouting for a country for its 10)denizens.
All thanks to 11)pesticides, we finally know who should shoulder the responsibility for the deaths of billions of honeybees worldwide. Some scientists believe that these pesticides, which are applied to seeds, travel 12)systemically through the plant and leave 13)residues that 14)contaminate the 15)pollen, resulting in bee death or 16)paralysis. Most pesticides, we’re told, are safe. But it’s only a 17)tale. And sadly we add about 5 billion pounds of the deadly chemicals to our world each year, enough to encircle the planet if it were packaged in 100-pound sacks. 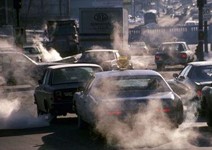 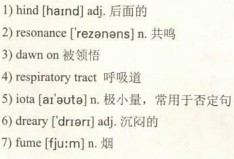 All thanks to the Plastic Age, now scientists say that a common 18)ingredient in most plastics, called Bisphenol A, or BPA, causes reproductive harm in rats at levels below what most humans are exposed to every day. In fact, BPA was first developed in the 1930s as a 19)synthetic estrogen. For whatever reason, someone decided that it would make a great 20)liner for canned food products and an additive for plastics manufacturing. As a result, 95% of adults have a measurable amount of BPA in our blood and 21)urine.
All thanks to the atomic bombs over 22)Hiroshima and 23)Nagasaki, thousands of people were killed, most of who were civilians. And more and more people died from 24)leukemia and 25)solid cancers attributed to exposure to radiation released by the bombs. Having helped create this horrific tool of destruction, 26)J. Robert Oppenheimer, the physicist who led the 27)Manhattan Project, which developed the atomic bomb, opposed building an even more powerful 28)hydrogen bomb. As did Einstein, who later 29)lamented, “If only I had known, I should have become a watchmaker.”
That is what the technologies we are so proud of have brought to us. Believe it or not, the advancement of technology is like that camel, 30)shoving human beings aside and leaving us less and less space to live. 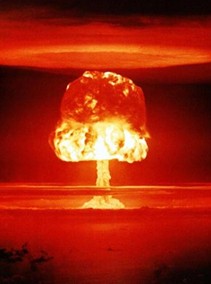