“Everybody has a shadow side they’re running away from,” she says. “If you can’t face your shadow side, you project it onto everybody around you.”

“Holding integrity is sometimes very hard to do because the temptation may be to cheat or cut corners,” it says. “But just remember that ‘what goes around comes around,’ meaning that life has a funny way of giving back what you put out.” 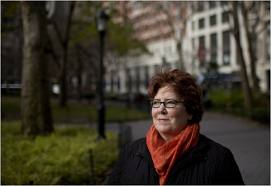 Marilee Jones, former dean of admissions at the Massachusetts Institute of Technology, resigned in 2007 after admitting that she fabricated1) her credentials2) nearly three decades earlier. She said in a press release that she had lacked “courage” to correct her résumé, which listed degrees from three institutions; she had not graduated from any of them. A roar of publicity followed.
After losing one of the top jobs in college admissions, Ms. Jones, 59, says she found something more important—humility. She describes her fall as a blessing, the moment when she finally became herself. “Everybody has a shadow side they’re running away from,” she says. “If you can’t face your shadow side, you project3) it onto everybody around you.”
Ms. Jones says what she did was wrong. She also says she has forgiven herself for what she describes as mistakes made by a younger, much different woman. She hopes that people will weigh the lies she told against the work she did and see the difference. But the problem is, although her message about admissions still resonates4) in the field, is it enough to redeem the messenger?

The Pathto Cambridge5)   通往 坎布里奇之路
Growing up in Albany, Marilee Jones learned that service to others was a necessity. Her father instructed his five children to fetch groceries for elderly neighbors and shovel6) walkways when it snowed. She describes her late father as a disciplinarian7) who was constantly angry. Her parents often told her not to ask so many questions. Growing up, she felt confined.
In 1969 she enrolled at the College of Saint Rose, a Roman Catholic institution in Albany. On the campus she felt as lost as she did at home. Drinking and drugs were not her escape; instead, she worked. Cleaning offices, selling handbags, hooking patients up to EKG machines8) at the hospital. After graduating with a degree in biology in 1973, she was unhappy and restless.
In 1978, Ms. Jones arrived in Cambridge, Mass., with her husband, Steven, a graduate student at MIT. One day she saw an advertisement for a job—an assistant to MIT’s director of admissions. She says she remembers wearing a Diane von Furstenberg9) wrap dress and sandals to the interview, but not much about the interview itself. Nor does she recall the moment she wrote down on a form that she had attended Union College and Rensselaer Polytechnic Institute. MIT officials have said that Ms. Jones added a degree from Albany Medical College after she was hired.
In the fog of those moments lies a mystery. Why Ms. Jones did not state that she had, in fact, graduated from Saint Rose is something that she may never understand. She says it might have been because she worried that the college would not impress anyone at MIT. Or because she doubted herself.
“I was screwed up10),” she says. “I was very, very angry. It was probably a lot of different things. It was a top-of-my-head11) decision, like, OK, I’m going to try this on. I just couldn’t be myself. I wasn’t good enough to be myself.” 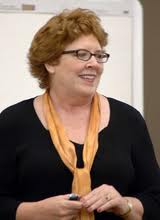 This Monsterbehind the Door   藏在 门后的怪兽
By all accounts, Ms. Jones was good at her job, which she began in 1979. Her first assignment was to schedule speaking engagements at high schools, where female graduates of MIT would talk to young women about the importance of studying mathematics and science. Later Ms. Jones was responsible for recruiting women, as well as for outreach to international students. She enlisted more MIT students and alumni12) in recruitment and created a dynamic weekend campus-visit program, one of the first of its kind.
Michael C. Behnke, who was MIT’s director of admissions from 1985 to 1997, says Ms. Jones deserves much of the credit for diversifying the undergraduate class. Mr. Behnke describes Ms. Jones as a “terrific” colleague.
For many years, Ms. Jones tried not to think about her falsified credentials or examine her reasons for lying. For one, they did not seem to relate to her day-to-day work. “I knew I was good at what I was doing, and I was satisfied with that,” she says. “But there was this monster behind the door, and I knew if I turned around and looked at that, I would have hit the wall. I had the monster barricaded13) in, and I thought, I’m not going to let you out.”
Then in 1997 Mr. Behnke announced that he was leaving MIT. Ms. Jones, then associate director, felt ice run down her spine14). She wanted the job, but what would happen if she submitted herself to the vetting15) process? She describes the dilemma as a “moral moment”, when she could have chosen to correct the record. Instead, she applied for the job.
The hiring process took months. When Ms. Jones finally got the job and the new title of dean, she was relieved, but that feeling did not linger. Soon thereafter she started having arrhythmias16) and waking up with chest pains.
The worry grew worse as her name became more familiar. Over the years Ms. Jones became a sought-after17) speaker. Her message was that everyone involved in admissions needed to chill out for the sake of education, not to mention their sanity18).
In 2006 that message arrived in a book called Less Stress, More Success: A New Approach to Guiding Your Teen Through College Admissions and Beyond, which Ms. Jones wrote with Kenneth R. Ginsburg. It was a hit. Full of advice for students and parents, the book included a passage about integrity. “Holding integrity is sometimes very hard to do because the temptation may be to cheat or cut corners19),” it says. “But just remember that ‘what goes around comes around,’ meaning that life has a funny way of giving back what you put out.” 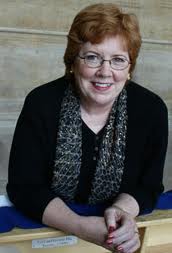 Ms. Jones resigned in April 2007, the same day she admitted that the three degrees were bogus20). Soon Ms. Jones’s name was everywhere. Reporters descended upon her house, in Concord. Ms. Jones, who by then had separated from her husband, fled to Manhattan to stay with an old friend. She did not go outside for weeks. She slept constantly. “It was like a snake, molting,” she says.
Then in 2008, she moved to New York. Since then Ms. Jones has sought what she describes as a “reclamation”. She hired a public-relations consultant, Rose Marie Terenzio. Ms. Terenzio says she explained the first rule of making a comeback: “If you make a mistake, own up to21) it, apologize, try to fix it if you can. Then move forward.”
Ms. Terenzio connected Ms. Jones with Columbia University Medical Center’s Center for Survivor Wellness, which serves teenagers who have been treated for cancer. Since November 2008, Ms. Jones has volunteered there each Wednesday morning, meeting one-on-one with patients whose illnesses have interrupted their schooling. She has helped some of the students plan their next steps, to college or a career, and advised others on how to write their application essays.
Last spring, she founded TruStar Consulting, a service for parents of high-school students who want help navigating the admissions process and its attendant anxieties. Then last summer, she started a second company called Marilee Jones Consulting, through which she offers her expertise to high schools and colleges. Her Web site lists numerous endorsements22), including a quote from The Boston Globe: “the most celebrated and outspoken admissions dean in America.”
Although Ms. Jones no longer has that title, she believes she has a right to the good side of her name. “What I did at MIT was my work,” she says.

What’sin a Name?   名声 意味着什么?
When Ms. Jones left MIT, many of her supporters worried that people would dismiss everything she had ever said. Among those who worried was Scott White, director of guidance at Montclair High School. Mr. White lamented23) her lie but praised her message. He urged his colleagues to remember her “vision of sanity, compassion, and concern”.
So when Ms. Jones contacted Mr. White about the possibility of presenting at Montclair, he told her she could come. Why not?
Then Mr. White arranged for Ms. Jones to speak at a gathering for parents of juniors. Two days before the event, Mr. White predicted that Ms. Jones would win over parents, just like the last time she spoke there, several years ago. Still, Mr. White wondered if someone would complain about Ms. Jones. After all, a curious parent might ask why—in a world full of admissions deans who have never lied about their degrees—had the school invited Ms. Jones? “It’s a bit of a risky move,” he said.
In the end, Mr. White apparently decided it was too risky. Two nights before Ms. Jones was to speak at Montclair, he called to cancel her invitation. So Ms. Jones must wait awhile longer to face the first audience of her new life.
Marilee Jones has reclaimed her name, but the best part is also the worst: Nobody seems to have forgotten it.